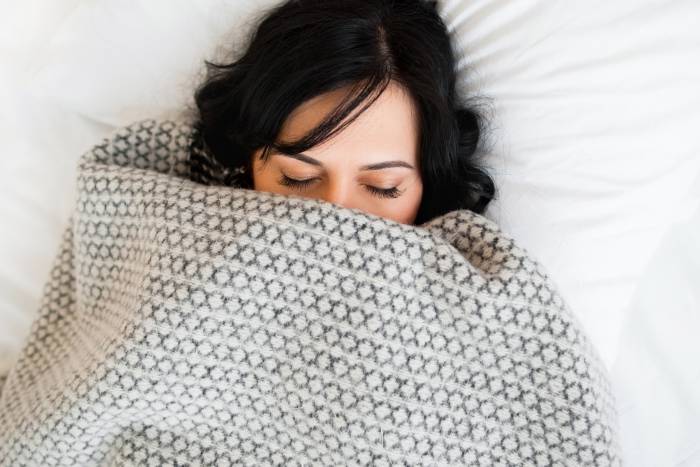 Googling “How to get to sleep” will bring up plenty of results!  Surprisingly, which bedding is most conducive to sleep is much harder to find.  It’s not in the ‘top ten sleep tips’ or the ‘ABC of sleep’.

Wool has been used for centuries to sleep in, on or under, and is scientifically proven to be good for sleep.  Merino wool is grown by the Merino breed of sheep and has become the wool of choice.  It has exceptionally fine fibres, making it feel soft and luxurious.  Merino wool is graded according to the ‘fine-ness’ of its fibre.  Fine, superfine and ultrafine are some of the terms used. 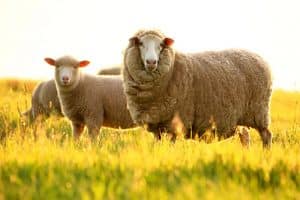 The science of wool bedding

There is a growing body of research supporting the therapeutic benefits of wool.  A study recently conducted by the University of Sydney examined the effect of sleeping on wool in warmer and colder temperatures.  The study found wool sleeping apparel and bedding increased total sleep time, promoted sleep onset and improved sleep efficiency.   In hot conditions above 29°C, participants in the clinical trial slept significantly longer, and woke up less frequently.  In cold (17°C) temperatures, the combination of wool sleepwear and bedding saw participants sleep more efficiently compared to when tested using non-wool sleepwear and bedding.

An article in the Medical Journal of Australia (1984) asserted that using a woollen underlay aided sleep.  700 sleepers participated in a study where a mattress pad or underlay was placed between the mattress and sheet.  90% of the testers gave positive feedback, reporting sleep improvement.  In addition, a significant number of participants suffering from various forms of arthritis, rheumatism and back ailments reported relief from various symptoms such as stiffness and pain.

To give greater scientific weight to the above study (Medical Journal of Australia, 1984) time-lapse photography was used to record body movement of sleepers.  The sleeper started the camera just before going to sleep and turned if off when waking up in the morning, also completing a survey about the quality of their sleep.  Different mattresses and bedding were used.  The photographs showed, on average, less movement of those sleeping on a woollen underlay, compared to the control surface.  Those sleepers reported feeling better in the morning, and sleeping better than usual.

Why is wool ‘sleep friendly’?  Wool has unique thermal properties not found in any other textile.  Interestingly, textile manufacturers have not been successful in using modern technology to replicate wool synthetically.  Also, wool is a natural fibre, which means it is breathable.

How to have a woolly good sleep

If you’re thinking about upgrading your bedding, or your sleepwear, keep in mind: 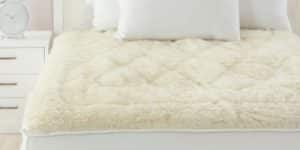 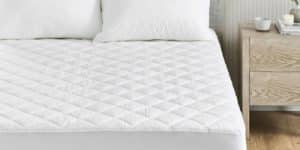 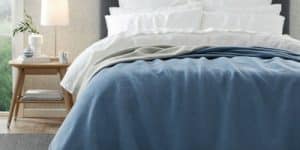 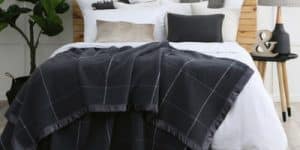 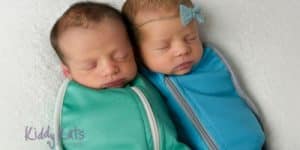 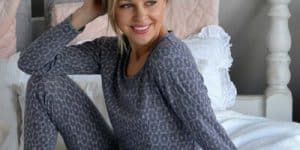 Today’s sleepers also enjoy the ‘environmentally friendly’ benefits of wool.  Australian wool is renewable and sustainable  – sheep keep growing wool; it’s traceable because the path from fleece to fabric can be followed; and it’s biodegradable because it can be broken down biologically.  It also lasts for a long time if properly cared for.

Give wool a try!  Sleep well!

Please note:  This article is not to be used as medical advice.  This post may contain affiliate links. 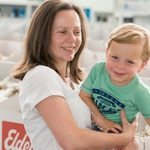 Claire is passionate about merino wool.  She comes from a superfine wool growing family in country Victoria.  Claire was able to source some of the finest fabric in the world to produce the Merineo, a unique newborn swaddling bag.  Knowing babies sleep better in wool, and knowing how sleep deprived parent are during those first few weeks’ of their newborn’s life, Claire’s objective is all about helping newborns sleep more, which results in parents getting more sleep!

The benefits of sleeping on silk

Bedding maintenance for a better sleep

The best bedding for summer

How to choose the right mattress

How to find the best pillow for you

Want to join the discussion?
Feel free to contribute!

Join our Facebook Community Group for discussion, questions, links, stories and photos about sleep and particularly getting to sleep. We are here to help. Click here to join.
Scroll to top