Why is Sleep Important for Athletes?

Sleep is a natural recharge for athletes. Athletes should be aware of the importance of sleep and the negative impact sleep deprivation has on their performance.

The benefits of sleep for athletes can be broken down into three main categories: recovery, performance, and re-injury prevention. When you get an adequate amount of restorative sleep, your muscles recover faster from any strenuous physical activity you undertake during the day. Sleep also helps maintain muscle mass, which keeps your body in shape and improves athletic performance. Lastly, enough restful sleep keeps your immune system boosted so that you’re less susceptible to injury while playing sports or working out.

The goal of athletes is to give the best performance possible and sleep quality is a crucial factor in determining how well an athlete performs.

The best time to sleep varies from person to person and depends on an individual’s daily activities. Still, generally, it is recommended that sleep should occur in the early hours of the day. Sleeping for enough time and in the right time frame is vital for peak athletic performance.

How Much Sleep is Enough to Perform at Full Capacity?

How much sleep do you need to be productive for deep sleep recovery?

This is a question that has been constantly debated over the years, and even today, there is no universal right answer. The amount of sleep an individual needs varies from person to person. A study by the National Sleep Foundation found that, on average, people aged 18 to 64 slept 7 hours and 21 minutes per night. They also found that people who live in rural areas or small towns typically get less sleep than those living in larger cities.

If you’re wondering how much sleep you need, start by determining your own natural sleep tendencies by paying attention to how much time you spend resting during the day and how you feel before and after a night of restful or restless sleep. There are generally considered to be two main natural sleep tendencies: early birds (those who naturally wake up early) and night owls (those who naturally stay up later.) Scientists have hypothesised that this variation is a survival trait; having someone awake and on guard at all times protected the group from predators.

Our partner and spokesperson, superstar tennis player Venus Williams, gets about 8 to 10 hours of sleep per night. Something to think about if you are a person who doesn’t leave much time in their daily schedule for sleeping.

5 Tips for Athletes to Optimise their Sleep Habits

Sleep is essential for athletic performance. It helps the body recover from the stress of exercise, enhances concentration and mood, and promotes healthy immune function. But sleep quality can be impacted by several factors, including sleep apnea or other breathing disorders, environmental noise or light, stress, or anxiety. The following are five tips for athletes to optimise their sleep habits:

In a deep sleep state, the brain releases more of the hormone, growth hormone (GH), which promotes cell growth and repair. Deep sleep also has an essential role in regulating our moods, immune system, blood pressure, and weight.

However, many people are chronically sleep-deprived because they don’t know how to get more deep sleep. Instead, they are sleeping lightly and waking up drowsy. When you’re not getting enough deep sleep, your body will compensate by inducing light sleep more often to make up for the gaps in deep sleep.

In this article, we have tried to make you think about the importance of sleep recovery by improving your sleep environment. Your body and muscles need sleep, and your mind and emotions can play a role in how well you get the deep sleep your body needs to fully recover from being a high-performance athlete.

Please note:  This article is not to be used as medical advice.  If you have any questions about your sleep health, speak to your doctor.  This article may contain affiliate links. 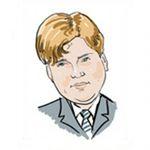 Brian is the affiliate marketing manager for GhostBed by Nature’s Sleep. GhostBed offer an amazing mattress at an affordable price - available in the United States and Canada. Check out the new Venus Williams Collection by GhostBed for athletic performance recovery sleep.

How and why exercise benefits sleep health

How to sleep when you have a respiratory illness
0 replies

Want to join the discussion?
Feel free to contribute!

Join our Facebook Community Group for discussion, questions, links, stories and photos about sleep and particularly getting to sleep. We are here to help. Click here to join.
Scroll to top