How much sleep do you need? 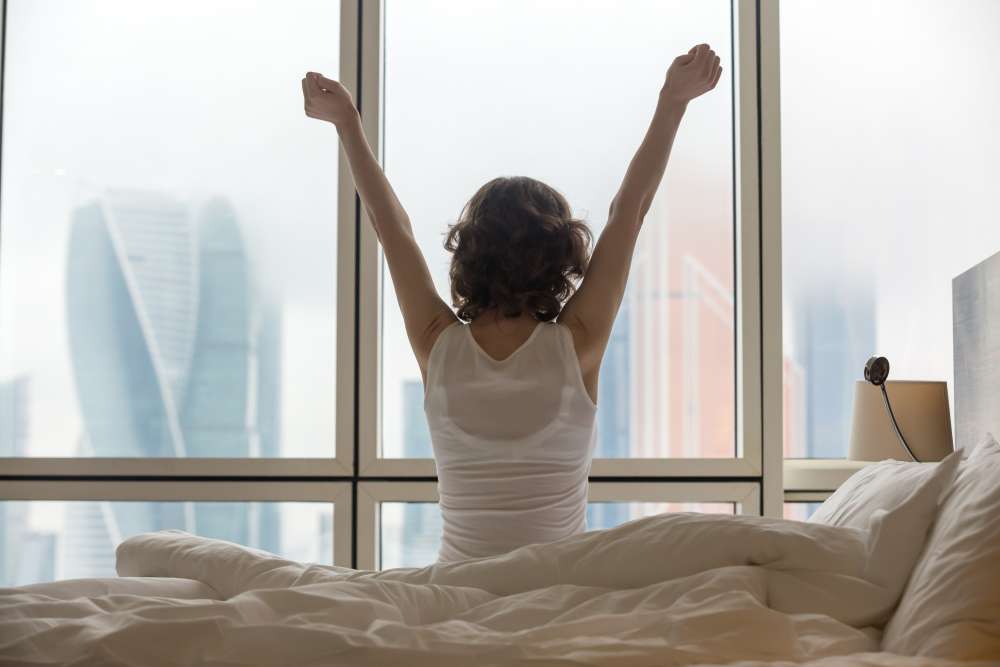 Sveti Williams, sleep coach and author, explains what sleep is, how it works and how much you really need.

Sleep is a highly complex and active process of dynamic restoration, rejuvenation, recuperation and reconsolidation, all of which are essential for health and wellbeing.  Sleep is a fundamental and highly complex biological phenomenon. Neurotransmitters in the brain control our sleeping patterns in interaction with neurons. Neurotransmitters such as serotonin and norepinephrine keep some parts of the brain active while we are awake. Other neurons at the base of the brain begin to signal when we fall asleep, ‘switching off’ the signals that keep us awake.  Chemicals are central to sleep, particularly adenosine, which is produced by our cells, accumulates in our blood and travels to the brain while we are awake and causes what we experience as sleepiness. This chemical gradually breaks down while we sleep and allows us to wake. Yes, sleep has a complex biology.

The stages of sleep

Our nightly sleep is composed of a number of sleep cycles, each of which is made up of different stages. There are two main types of sleep – non-REM and REM (rapid eye movement) sleep – and the differences between them are almost as profound as the differences between sleep and wakefulness. Scientists today use a variety of technologies to understand the diverse aspects of sleep by measuring the electrical activity of the brain, the muscles and movement of the eyes.  It is now understood that we pass through five stages of sleep as we fall from wakefulness, with REM sleep the final of these stages. These stages progress in cycles, moving through stage 1 to REM sleep and then back to stage 1. The progress of each cycle lasts around 90 minutes in adults and 30–40 minutes in children. During the first stage, which lasts approximately 15 minutes, we actually move back and forth between wakefulness and sleep.  Brain waves during this stage give way to alpha waves. In the second stage, we enter what can be termed the first ‘real’ sleep.  Here theta waves begin to appear as we enter a phase which comprises 50% of our sleep time. During this stage, the body prepares to enter deep sleep. Both stage one and two are relatively light stages of sleep. The third and fourth stages of sleep are termed “slow wave sleep” and we spend approximately 20% of our total sleeping time in these stages. Here we experience delta waves and a form of deep sleep from which it is very hard to wake. REM is the last stage of the sleep cycle. As rapid eye movement begins, our skeletal muscles are virtually paralysed. The brain wave pattern shows a blend of alpha and beta waves. During this stage, our breathing becomes more rapid, irregular and shallow, and our heart rate rises along with blood pressure.  This is the stage in which dreams occur.  The first period of REM sleep usually has a duration of 10 minutes. Each subsequent REM stage increases in duration, with the final one lasting up to an hour. 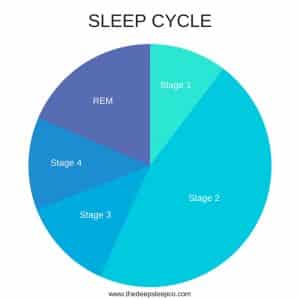 It is still not understood why humans and other animals evolved the need to sleep. What is clear is that sleep, like breathing oxygen, is a fundamental human requirement.  Studies into animals show that sleep is a prerequisite for survival. One study found that rats deprived of REM sleep survive only about 5 weeks on average, and rats deprived of all sleep stages live only 11–32 days. In comparison, a healthy rat will live for about 2-3 years.  The sleep-deprived rats developed a number of ailments, including abnormally low body temperature and sores on their tail and paws.  The sores that developed on the sleep-deprived rats seem to be evidence of an immune system imbalance caused by a lack of sleep.  Scientists believe that lack of sleep can have a similar detrimental effect on humans. Sustained sleep deprivation can lead to mental disturbance, anxiety, fatigue and even death. There are reports of cases where people have died after periods of no sleep at all.  In such cases, people experience symptoms such as hallucinations, weight loss and finally dementia before their death.  Sleep is so important to well-being that scientists argue that animals can survive for three times as long without food as without sleep.

How much sleep do you need?

It is widely accepted that people need approximately 8 hours of sleep every night, but this can vary from person to person. As each sleep cycle has a duration of about 90 minutes, and we need 5 such cycles, the total recommended sleep is 7.5 hours a night. Sleeping well depends not only on the number of hours, but on the quality and consistency of sleep.  A person can spend 10 hours in bed and still feel tired in the morning because they did not get enough deep sleep.

To calculate the sleep we require, and to know when we should be going to bed, we need to work backwards and define the time we need to wake up.  For example, if we need to rise at 7 am, we need to count back 7.5 hours, which brings us to 11.30 pm.  However, getting to sleep is a process.  Sleep onset latency is the period of time taken to fall asleep and should be about 10–20 minutes. Therefore, allowing for 20 minutes of sleep latency, 11.10 pm can be defined as the best bedtime to get the sleep you need, assuming a reasonable quality of sleep ensues. Interestingly, if you find yourself asleep as soon as you hit the pillow, this may be an indicator of sleep deprivation. If the onset of sleep takes longer than 20 minutes, this may be a symptom of insomnia.

Please note:  This article is not to be used as medical advice.  If you are considering a sleep treatment please consult your doctor or medical professional.  This post may contain affiliate links. 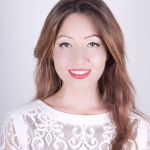 Sveti is a Brisbane-based sleep coach and author of the book Fix My Sleep.  She bases her unique sleep-enhancing method on complimentary and holistic practices.  Click her to visit her website.