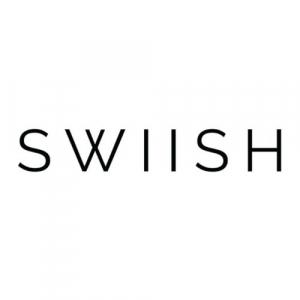 Founded by sisters Sally Obermeder and Maha Corbett, SWIISH stands for: Stylish Women Inspiring Inner Strength, Health and Happiness. The ultimate feel-good online lifestyle destination for women, SWIISH is based on the belief that you don’t have to spend a fortune to feel amazing inside and out. It’s all about creating the best version of yourself – from wellness and health, to personal style, beauty and home.

Sally and Maha share a passion for health and fitness, with Maha also a certified health coach. SWIISH offers achievable advice for living a well-balanced lifestyle, incorporating mind, body and spirit. With a strong emphasis on fresh, wholesome food, the SWIISH Kitchen recipes are among the most popular on the SWIISH blog as readers seek to emulate the sisters’ enviable glow and lust for life.

Testament to the SWIISH ethos of leading a healthy, happy life, Super Green Smoothies is the #1 best-selling book released by Sally and Maha in 2015. It has been reprinted 8 times, and translated across the globe into several languages. The book came about after Sally’s battle with breast cancer. She wanted to get her health back on track and having green smoothies helped her lose over 15kgs, increased her energy levels, and improved her digestion and skin, ultimately leaving her feeling better than ever. Maha adopted the green smoothie lifestyle too with similar results – she lost 8kgs, and felt lean with improved digestion and better sleep. The sisters then began creating and testing different recipes which eventually became the Super Green Smoothies book.

Sally, Maha and the SWIISH team also run the charitable initiative WISH by SWIISH, designed to bring a little joy and happiness into the lives of those suffering serious illness.

SWIISH have an range of sleep support products that include powdered supplements, magnesium oil, sleep masks, and a sleep guide e-book.