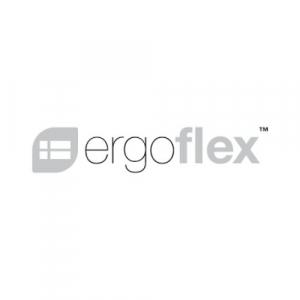 Ergoflex commercially launched into the domestic consumer mattress market in 2006 in the UK, and Australia in 2010, bringing a number of firsts to the UK, Europe and Australian mattress industry.

Ergoflex were the first to provide a one-mattress range that consisted of a single, highly-optimised specification at a high value price point.

Every Ergoflex mattress is backed by a ten-year warranty. Their mattresses last the distance in real world scenarios – rather than factory-recreated test environments – because they have been selling them around the world under the Ergoflex™ brand for that amount of time.

A decade of bringing Ergoflex™ mattresses to the world has resulted in thousands and thousands of five-star reviews across a number of independent consumer platforms around the globe, as well as many, many millions of nights of great sleep.

All foams are not created equally. That’s why from day one they’ve developed and manufactured everything that goes into the Ergoflex™ mattress in-house, themselves.

Ergoflex only make one mattress – the best. Firm, soft and supportive in equal measure. Obsessively engineered to deliver unrivalled comfort with exceptional durability coupled with what they believe to be the coolest memory foam mattress currently available in the market today. Developed with open cell foam, a specially-designed Cool-Sleep layer and a breathable, vented TENCEL® outer cover, Ergoflex avoids the heat-retention associated with lesser memory foam mattresses.

The Ergoflex was made for everyone, but the outstanding pressure-relieving performance has made dedicated fans of those who demand more from their mattress. From world-class sports stars at the top of their game to back pain sufferers and those with chronic medical conditions, Ergoflex is a life-enhancing choice.